Can a planning unit encompassing more than one residential property be viewed as a single ‘dwelling’? In an important ruling which underscored the undesirability of developing isolated homes in the open countryside, the High Court has answered that question in the negative. 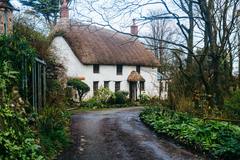 The case concerned a cottage that stood two kilometres outside a village. Some 19 metres away from the cottage, on the other side of a driveway, was a former garage which had been converted into a residential annexe. The local authority had previously confirmed that, as both buildings formed integral parts of a single planning unit, no planning permission for that conversion was required.

The property’s owner applied for planning consent to change the use of the annexe from ancillary to independent residential accommodation. That would, in effect, have divided the planning unit into two and enabled the annexe to be sold independently or lived in by a separate household. The council refused permission but, after the owner appealed, consent was granted by a planning inspector.

The council’s challenge to that decision hinged on the interpretation of Paragraph 79(d) of the National Planning Policy Framework (NPPF). Although the NPPF discourages construction of isolated single houses in rural areas, Paragraph 79(d) creates an exception to that policy where the ‘sub-division of an existing residential dwelling’ is proposed.

The council argued that Paragraph 79(d) could not apply to the annexe because it was a detached residential unit, rather than a physical component of the cottage. The inspector, however, preferred the owner’s argument that the cottage and annexe constituted a single dwelling and that the proposal was to sub-divide that dwelling.

Allowing the council’s appeal against that decision, the Court ruled that the inspector had erred in her approach to Paragraph 79(d). It found that the word ‘dwelling’, as used in the paragraph, referred to one physical building rather than a wider residential unit encompassing other buildings.

Noting that many country homes have garages, sheds, barns and other outbuildings, the Court noted that, if Paragraph 79(d) supported the sub-division of a residential planning unit into two separate dwellings, then the implications could be very wide. Any residential property with a suitable outbuilding into which a residential use could be inserted would then have policy support to become a separate dwelling. The planning permission was quashed.