Houses in Multiple Occupation – Breaking the Rules Will Cost You Dear! 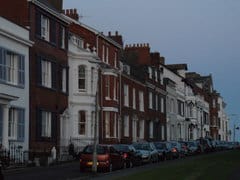 Houses in multiple occupation (HMOs) are for good reasons heavily regulated, and landlords and letting agencies that fail to measure up to required standards can expect to be hit hard in the pocket. In one case, a letting agency which had no reasonable excuse for breaking the law received a stiff financial penalty.

The case concerned a two-bedroom house which, when a local authority housing officer visited, was occupied by five people, forming three separate households. The agency, which bore responsibility for managing the property, was fined £25,000 by the council for breaches of the Management of Houses in Multiple Occupation (England) Regulations 2006 which, amongst other things, require that HMOs be fitted with suitable fire doors and fire alarm systems.

In challenging that decision before the First-tier Tribunal (FTT), the agency argued that it had a reasonable excuse in that it was unaware that the property was being used as an HMO. The property had been let to a private individual on terms which prohibited subletting or sharing and the agency’s director asserted that, when he visited the property, he saw no signs that it was in multiple occupation.

That defence, however, did not persuade the FTT, which found that the director either knew or ought to have known that the property was an HMO. The agency’s penalty was increased to £27,500, although a separate penalty of £27,500, which the council had imposed on one of the agency’s rent collectors, was reduced to £15,000.

In dismissing the agency’s appeal against that outcome, the Upper Tribunal (UT) rejected arguments that it was for the council to establish beyond reasonable doubt that the agency had no reasonable excuse for failing to meet its obligations. The FTT was entirely correct to find that the burden was on the agency to prove that it had such an excuse on the balance of probabilities.

The UT noted that if the director – an experienced letting agent – knew that the property was being used as an HMO, the agency could have no excuse. If he ought to have known that that was the case, the agency’s excuse for failing to comply with the Regulations was not a reasonable one.