What may appear to be a dismissal on grounds of redundancy can, on analysis, turn out to be something quite different. In one case, an office assistant was awarded compensation after an Employment Tribunal (ET) found that the real and principal reason why she lost her job was her whistleblowing activities. 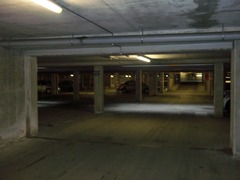 The woman worked hard and conscientiously for a car hire company. After tension grew between her and her boss, however, she lodged a grievance alleging that the company had been involved in criminal activities, including deception and perverting the course of justice. She said that she would not sit back and do nothing about the company’s alleged unprincipled actions and that it was her duty to expose them to the appropriate authorities. That grievance was never appropriately dealt with and she was subsequently dismissed on grounds of redundancy.

After she launched proceedings, the ET found that the company had been struggling for some time and that a genuine redundancy situation had arisen. However, it expressed concern as to the coincidence in timing between her grievance and the decision to make her redundant. On the balance of probabilities, her protected disclosures concerning the company’s alleged wrongdoing were the principal reason for her dismissal, which was thus automatically unfair.

The ET also found that the woman had in some respects been victimised and subjected to detriment for having lodged her grievance. Amongst other things, her boss had thereafter ignored her, save to issue instructions, and she had been excluded from a locked room in which the company’s records were kept.

Her claims of sex discrimination and harassment were, however, rejected and the ET found that she would probably have been dismissed within three months in any event. In seeking support for her allegations, she had covertly taken hundreds of photos of company documents and the ET found that, once discovered, that would probably have resulted in her fair dismissal for misconduct. Even had there been no such discovery, the employment relationship was under such strain that it was unlikely to have continued for long.

The woman’s total award of about £11,000 included sums to reflect unauthorised deductions from her wages, non-payment of accrued holiday pay and the company’s failure to provide her with written terms and conditions. Of that sum, more than £9,000 represented compensation for unfair dismissal, victimisation and detrimental treatment arising from her whistleblowing activities.