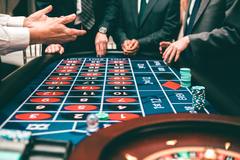 Whistleblowers perform an invaluable role in exposing often inconvenient truths, but their efforts are sadly not always welcomed by employers. A case in which a casino compliance officer won the right to substantial compensation, however, showed that workers’ ability to speak their minds is protected by the full force of the law.

The woman’s role was to ensure the casino’s compliance with legal and regulatory requirements and to report suspected instances of money laundering. During less than a year that she spent in the job, she reported various concerns, including that some of the casino’s receptionists were handing out free bets and that a number of clients were playing at the tables with loose bundles of cash. She launched Employment Tribunal (ET) proceedings following her resignation.

In ruling on her case, the ET noted that the casino had, prior to her resignation, extended her probationary period in the job before demoting her. There was no good reason for taking either of those steps, which were likely to destroy or seriously damage the relationship of mutual trust and confidence that should exist between employer and employee. Her treatment amounted to a repudiatory breach of her employment contract.

There was no justification of the casino’s criticisms of her performance and it had clearly wanted her to resign. Her constructive dismissal was automatically unfair in that she had been subjected to detriments for no other reason than that she had raised compliance issues in the public interest. Her protected disclosures were the reason for the extension of her probationary period, her demotion and, ultimately, her dismissal. In the absence of agreement, the amount of her compensation would be assessed at a further hearing.