Enforcement of Overseas Debts – Judges Know How to Apply Pressure!

Enforcing payment of debts owed by foreign companies or individuals can present a major challenge, but English judges are adept at bringing pressure to bear. In a good example of that happening, the CEO of an overseas company received a stiff prison sentence for his flagrant failure to cooperate in the enforcement process.

The case concerned a consignment of soya meal and corn which the company had not paid for. Following English arbitration proceedings, the company was ordered to pay the consigner of the goods over 4.75 million euros. That award not having been satisfied, the consigner launched High Court enforcement proceedings. 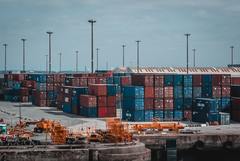 Ruling on the matter, the Court noted that neither the company nor the CEO had responded to the application. Having put forward no explanation or excuse for its failure to comply with the order, the company’s contempt was beyond doubt. The CEO, as the company’s controlling mind, had wilfully interfered with the administration of justice by permitting the company to act in contempt.

Fruitless efforts had been made to serve the CEO personally with the application but he was clearly aware of the proceedings. There was no basis for adjourning the matter in the hope that he might put in an appearance and, although his liberty was at stake, the Court found that it was justified in hearing the application in his absence.

The CEO received a two-year prison sentence for his contempt, but the Court left it open to him to apply to vary or discharge that order. Such an application would only be likely to succeed, however, if the disclosure order were complied with or if a reasonable explanation were provided as to why that could not be done.