Gypsies and travellers are amongst the most vulnerable groups in British society but their freedom to pursue a nomadic lifestyle is enshrined in law. The Court of Appeal resoundingly made that point in discouraging attempts by some local authorities to ban them from every scrap of publicly owned open land in their areas. 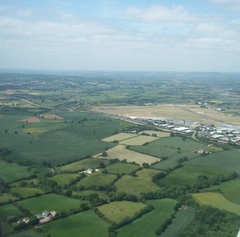 A borough council applied for an injunction which would have the effect of banning persons unknown from entering, occupying or encamping on 171 sites in its area – effectively the entirety of public spaces in the borough, save highways and cemeteries. The application was refused by a judge, principally on the basis that such a borough-wide embargo was too broad and would fail to respect the rights of gypsies and travellers under human rights and equality legislation.

In dismissing the council’s appeal against that outcome, the Court noted that similar injunctions were currently in force in 38 local authority areas across the UK, but that this was the first such order to be challenged at appellate level. That was largely because members of the gypsy and traveller communities had not been legally represented during hearings at which the orders were granted.

Ruling that there was no basis for the Court to interfere with the judge’s conclusions, the Court observed that Romany gypsies and Irish travellers have been present in Britain for centuries, but that they remain particularly vulnerable minorities. The grave and long-standing shortage of gypsy and traveller transit sites throughout the UK had led to an inescapable tension between the law of trespass and the human right of gypsies and travellers to respect for their family lives.

Giving guidance for the future, the Court stopped short of ruling that such local authority-wide injunctions should never be granted. It was, however, incumbent on councils to regularly engage with the gypsy and traveller communities and such orders should be regarded as exceptional measures which could only be justified if they represented the only way forward.

Local authorities that applied for such orders would be required to demonstrate an understanding and respect for gypsy and traveller culture, traditions and practices. Evidence that councils had complied with their duties to provide sufficient authorised gypsy and traveller sites would also generally be required. Welfare assessments of individual gypsies or travellers, particularly children, would constitute good practice and the Court emphasised that it will never be enough for a council to argue that a travelling community can simply move elsewhere or occupy private land.