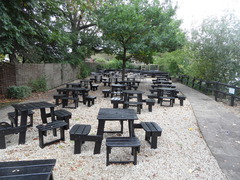 Directors are bound to faithfully pursue the bests interests of the companies they serve. The High Court emphasised that point in ruling that a former director of a pub company was justifiably removed from office after acquiring an interest in a potentially rival hostelry.

The company ran a real ale pub which operated on wafer-thin margins. After four of its shareholders voted to remove the fifth from his office as a director, he launched proceedings under Section 994 of the Companies Act 2006 on the basis that his position as a minority shareholder had been unfairly prejudiced.

He argued that his legitimate expectation to be involved in managing the company had been ignored, and sought an order requiring the other shareholders to buy out his shares in the company at a price to be fixed by the Court. He also sought compensation for the loss of his office as a director.

In dismissing his claim, the Court noted that, prior to his removal, he had acquired an interest in another pub nearby. His co-shareholders had not consented to him taking that step and were anxious that the other pub would attract away the company’s customers, rendering it financially unviable.

The Court found overwhelming evidence that the other pub could directly affect the company’s business by diluting its trade. The man’s involvement with the potentially competing business was in manifest conflict with the duties he owed to the company. As he had not behaved reasonably, his removal from office was justified and he had suffered no unfair prejudice.