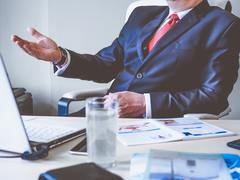 One great advantage of engaging professionals to represent you in litigation is that, if they perform negligently, you are entitled to full recompense for any loss you suffer as a result. The Supreme Court made that point in a case concerning the alleged under-compensation of an industrial disease victim.

The man developed vibration white finger after working as a coal miner for more than 20 years. He was one of thousands of former British Coal Corporation employees who were stricken by the condition and who sought damages from the then Department of Trade and Industry (DTI) under a tariff-based scheme.

On the advice from his law firm, the man accepted the DTI’s offer of £9,478 in full and final settlement of his claim. That sum represented general damages to reflect his pain, suffering and loss of amenity. However, it did not include a services award in respect of the cost of assistance that he might need in performing basic domestic tasks.

After he instructed fresh solicitors, they launched a professional negligence claim on his behalf against the law firm on the basis that he would have been entitled to a services award and that his claim had thus been under-settled. After the man died, his claim against the law firm was pursued by his daughter on behalf of his estate.

A judge found that the law firm had been negligent and that, had the man received appropriate advice, he would probably have rejected the DTI’s offer and pursued his services claim. In refusing to award the man compensation, however, the judge ruled on the basis of medical evidence that his symptoms would have been insufficient to qualify for a services award. He had therefore suffered no loss arising from the law firm’s negligence. That decision was later overturned by the Court of Appeal, which directed a re-hearing of the man’s claim.

In dismissing the law firm’s challenge to the latter ruling, the Supreme Court refused to accept that, had a services claim been pursued on the man’s behalf as it should have been, it would have stood no chance of success. The medical evidence taken into account by the judge was irrelevant in that no such evidence would have been required to underpin a services claim under the DTI scheme. The man had thus lost the opportunity to pursue a claim which was potentially of real value.