Do approved building control inspectors, whose task it is to ensure that construction works comply with building regulations, owe a duty of care to a purchaser of a defective property? In an important test case for property professionals, the Court of Appeal has answered that question decisively in the negative. 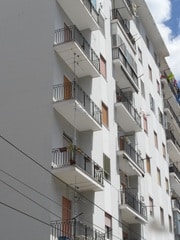 The case concerned a block of flats the construction of which was alleged to be so defective that remedial works would cost almost £3 million. Long leaseholders of the flats, together with their management company, launched proceedings against, amongst others, a company that had acted as approved inspector of the works under the Building Act 1984.

The leaseholders argued that the company owed them a duty of care under Section 1(1) of the Defective Premises Act 1972, which imposes a responsibility on anyone who takes on work in connection with the provision of a dwelling house to ensure that the works are performed in a professional and workmanlike manner. Their claim against the company was, however, struck out by a judge.

In dismissing the leaseholders’ appeal against that decision, the Court found that Section 1(1) applies only to those who positively contribute to the creation of a dwelling, including builders, architects and engineers. The company did not fall within that category as its role was the essentially negative one of ensuring that no work was done that contravened building regulations.

The company’s function as approved inspector in certifying or refusing to certify the block as building regulations compliant was far removed from the work of providing or creating a dwelling house. It had no influence over the design or construction of the block, save to stipulate that they must comply with the law.

The Court’s ruling did not affect the leaseholders’ continuing claims against the developer of the block, the contractors who built it and the National House Building Council as provider of a Buildmark insurance policy.