Where commercial contracts come to nothing, it can be tricky to discern exactly how, when, and by whom they were terminated. As a High Court case concerning the aborted sale of a $30 million business jet showed, the resolution of such issues can have major financial implications. 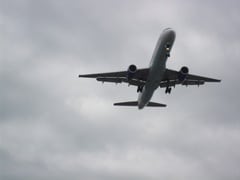 After an aviation company agreed to sell the jet to a corporate buyer, the latter paid a refundable deposit of $2.5 million which was held by an escrow agent. The day after the jet was due to be delivered, the buyer purported to terminate the contract. The buyer claimed, amongst other things, that the seller was in breach of a warranty in the contract, in that it did not have good title to the aircraft, either as at the date of the contract or as at the date set for delivery.

The seller, however, denied that it was in breach of its obligations and argued that the buyer had no justification for terminating the contract. The seller subsequently served its own notice of termination, citing the buyer’s failure to pay the balance of the purchase price and half the escrow agent’s fees. It was in those circumstances that seller and buyer each issued applications for summary judgment against the other, claiming entitlement to the deposit.

In ruling in the seller’s favour, the Court noted that both sides were aware that the seller might only acquire good title to the jet from its original owner simultaneously with its delivery to the buyer. There had thus been no breach of the warranty as to title, which would only have come into effect at the moment of the aircraft’s delivery, an event which never in fact occurred.

The buyer’s plea that the seller had also failed to fulfil a number of conditions precedent in the contract also fell on fallow ground. The buyer having no viable defence to the seller’s claim, the Court found that it was the seller who had validly and effectively terminated the contract. The seller was awarded summary judgment to the effect that it was entitled to be paid the deposit.