High demand for new homes and a scarcity of land to meet it are factors that weigh powerfully in favour of planning permission being granted to residential developers. However, as a High Court case showed, they by no means always trump the harm that housing projects can cause to an area’s scenic beauty. 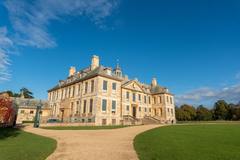 The case concerned proposals to convert a large Victorian mansion from offices to a single dwelling and to build 28 new homes in its grounds. Planning permission was refused by the local authority, and that decision was subsequently confirmed by a government planning inspector.

The inspector accepted that there was a significant shortfall in the area’s supply of deliverable sites for new housing. The council only had enough such sites to last a maximum of 4.6 years, as against the five-year target set by the National Planning Policy Framework (NPPF). He also acknowledged that the development would make a significant contribution to meeting local housing needs, including the provision of 10 affordable homes.

In ruling against the developer, however, the inspector noted that most of the site lay within an Area of Outstanding Natural Beauty (AONB). He found that the project would have a significant adverse effect on the character and appearance of the AONB and would neither conserve nor enhance its scenic beauty.

Challenging the inspector’s decision, the would-be developer argued that he had misinterpreted and misapplied parts of the NPPF. Given the shortfall in the area’s supply of housing land, he should have treated the proposals as sustainable and applied a tilted balance in favour of a grant of planning consent.

Dismissing the appeal, however, the Court found that the developer’s reading of the relevant parts of the NPPF was too legalistic and, if correct, would inhibit the ability of planners up and down the country to make practical, straightforward decisions. In striking a simple balance between the benefits and disadvantages of the proposals, the inspector was entitled to give great weight to preserving the character and appearance of the AONB.