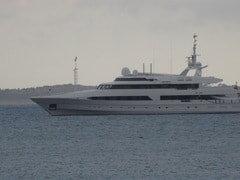 The limited territorial reach of English Employment Tribunals (ETs) can pose difficulties to those who lead globe-trotting working lives. In a guideline case, however, the former captain of a superyacht which moved from port to port won the right to pursue his unfair dismissal claim in this country.

The captain launched proceedings before an ET in London after he was sacked for alleged gross misconduct. His employer, a Guernsey-based company that provides crews for luxury yachts, argued that the case had almost no connection to England and that the ET had no jurisdiction to consider the matter. That issue was considered at a preliminary hearing.

The ET noted that the yacht was registered in the Cayman Islands and owned by a company that was based there. Although a British citizen, the captain was resident in Florida, received his salary in euros and paid his taxes in the US. During his captaincy, the yacht had sailed widely, visiting a number of Caribbean ports.

The ET accepted that the captain’s place of work was wherever the yacht happened to be at any one time and that the UK could not be viewed as his home base. On the other side of the balance, however, was evidence that the yacht had spent about half of the relevant period in UK waters, more than in any other jurisdiction, and that she was berthed in England on the date of his dismissal.

Ruling in the captain’s favour, the ET also noted that he had been recruited and promoted in England by an English-resident businessman. The latter, whilst not his employer and whilst having no legal title to the yacht, was the vessel’s effective owner. Although an array of entities was apparently involved in running the yacht, the businessman acted as her paymaster and exercised control by issuing instructions to the captain from his home in the UK. In those circumstances, the ET found that it had jurisdiction to entertain the captain’s claim.