Tenancy Rights Interfered With? You May Be Due Compensation! 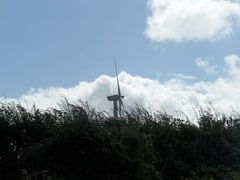 Tenants who suffer substantial interference in the exercise of their rights are entitled to compensation – even if they have not in fact suffered any financial loss. The High Court so ruled in a case concerning sporting rights over farmland on which a wind farm had been constructed.

By a lease, a company held exclusive shooting and fishing rights over 4,000 acres of farmland, including a field on which six wind turbines and associated infrastructure had been built. In those circumstances, the company launched proceedings against the owners of the field, the developers of the wind farm and the building company that had carried out the works.

The Court found that, for a little under a year whilst the works were in progress, the company had suffered substantial interference with its sporting rights and granted a declaration to that effect. The works were industrial in nature, having nothing to do with agriculture, and amounted to a fundamental change in the character of the field which was incompatible with the company’s exercise of its rights under the tenancy.

The substantial interference had thereafter ceased, however, and the Court found that the sporting rights in respect of the field were in any event of low value. Amongst other things, it afforded little cover to game birds, was close to a public road and was used for livestock grazing. The company also accepted that it had not exercised its sporting rights over the field for more than 60 years.

The company was in those circumstances unlikely to have suffered any pecuniary loss arising from the substantial interference with its rights. However, the Court found that it was not necessary to establish such a loss for the company to succeed in its claim. It was awarded a nominal £100 in damages.