If a public authority faces legal action in respect of a contract tendering exercise, can it avoid litigation by the simple expedient of abandoning the procurement process and starting again? The High Court addressed that issue in the context of a road contractor’s £28 million claim against a local authority. 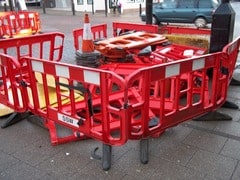 After the relevant contract was, by a very narrow margin, awarded to a rival, the contractor launched proceedings under the Public Contracts Regulations 2015 (PCR), claiming that its bid should have been scored more highly. Following a preliminary hearing, the council decided, on legal advice, to terminate the procurement in the hope that that would defeat the contractor’s claim.

In ruling on the matter, the Court was not persuaded that the decision to abandon the process was perverse. On the contrary, it was a rational attempt by the council to save considerable public funds by fending off the litigation. The decision also did not infringe the principles of equal treatment and transparency, which pervade the PCR. It was thus not unlawful and there was no question of setting it aside.

However, the Court rejected the council’s arguments that bidders in public procurement exercises have no legitimate expectation to be awarded a public contract or to be compensated for wasted tender costs if no contract is in the end awarded. The abandonment of the procurement thus did not achieve the desired result of defeating the contractor’s claim. If the contractor could establish that it had an accrued cause of action against the council prior to the date of the abandonment decision, its damages claim could proceed to trial.