Lasting Powers of Attorney – It Makes Sense to Appoint a Professional 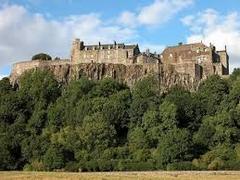 Lasting powers of attorney (LPAs) are powerful documents which place others in control of your assets, health and welfare, and that is why it makes good sense to employ independent professionals to perform the role. The consequences of doing otherwise were revealed by the case of an elderly and vulnerable multi-millionaire who chose his carer and housekeeper as his sole attorney.

The man, aged in his 70s, had inherited assets worth millions, including a castle and a landed estate, from his family. Following his divorce, he became largely estranged from his family and executed LPAs in favour of a woman who had become his close companion and carer. His son suspected that she was motivated by self-interest and launched proceedings with a view to having the LPAs overturned.

The son claimed that the woman had exerted undue influence over his father and that she in any event lacked the qualifications and skills required to manage his fortune in his best interests. She, however, insisted that her deep religious convictions had prompted her to dedicate her life to his care.

Following a preliminary hearing, the High Court found on the basis of expert medical evidence that the man lacked the mental capacity to participate in the litigation. He was in poor health, having been diagnosed with prostate cancer, and needed a stick or a wheelchair to get about. There was also evidence of heavy drinking and anti-social and inappropriate behaviour which had resulted in him being banned from esteemed national institutions. The Court invited the Official Solicitor to take on the role of representing his interests in the litigation.