Those Who Live in Glass Houses Can’t Expect Perfect Privacy

Heavily glazed high-rise properties are considered highly desirable by many because of the panoramic views that they afford. However, the High Court has ruled in a case of great interest to property professionals that those who live in glass houses cannot complain if strangers are able to see inside their living spaces. 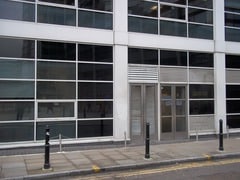 The case concerned a modern block of flats, replete with large amounts of glazing, that was located next to a major art gallery. An extension to the gallery included a rooftop viewing space which offered 360-degree views of the surrounding cityscape. Four of the flat dwellers launched proceedings on the basis that thousands of visitors to the gallery enjoyed gazing into their homes in a manner which violated their privacy and which amounted to a legal nuisance. They sought an injunction against the gallery, requiring closure of part of the viewing space.


In ruling on the matter, the Court accepted that a great many visitors to the gallery displayed a more than fleeting interest in the interiors of the flats, some of them even using binoculars to look through their windows. The flat dwellers were suffering a material degree of intrusion into the privacy of their living areas. They could not, however, succeed in a direct breach of privacy claim, under Article 8 of the European Convention on Human Rights, because the gallery’s activities were not governmental in nature and it could thus not be viewed as a public authority.


The Court accepted in principle that a deliberate or malicious act of overlooking can amount to an actionable nuisance. Whether such a nuisance could be established, however, depended on the character of the locality and whether the flat dwellers could be said to have an expectation of privacy. The gallery, the Court observed, is set in an inner-city area with a significant amount of tourist activity.


As successors in title to the developers of the block, the flat dwellers had chosen to buy the properties in part because of the views they offered. They would have been aware that the level of glazing in the flats’ design would result in their greater exposure to the outside world. Other, less glazed, designs would have reduced the invasion of privacy to levels which would be considered tolerable.


The design of the block meant that it was particularly sensitive in privacy terms, and that sensitivity was self-induced. A differently built, but perfectly acceptable, property would not have had the same degree of exposure. In dismissing the flat dwellers’ claim, the Court noted that their homes were impressive properties which enjoyed the great advantage of extensive glassed views. However, that advantage effectively came at a price in terms of privacy.