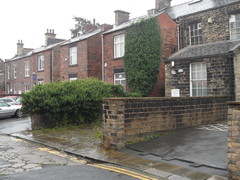 Where a trustee in bankruptcy disclaims any right to a bankrupt’s property, in the belief that it is of no or negative value, what happens if that belief turns out to be mistaken? The High Court considered that issue in a guideline decision.

The case concerned the bankrupt estate of a deceased woman who owned 27 properties when she died. The majority of those properties were in negative equity and subject to onerous tenancies. The trustee in bankruptcy disclaimed 20 of the properties on the basis that they were worth less than nothing.


Two of the disclaimed properties, both of them freehold, were subsequently sold by a bank that held mortgages over them. After the sale proceeds were used to pay off the mortgages, a surplus of about £19,000 remained. The trustee argued that that money should be vested in him for distribution to the estate’s creditors, whose recovery would thereby be increased from 26p to 33p in the pound.


The trustee applied for a vesting order in respect of the surplus funds under Section 320 of the Insolvency Act 1986. In rejecting his case, however, the Court found that, having previously disclaimed any proprietary interest in the properties, he lacked the required standing to make such an application.


The Court noted that had the bank, as mortgagee, sought and obtained a vesting order, the likelihood was that an order would have been made that the surplus be paid to the trustee for the benefit of creditors. However, in the absence of a vesting order, the money on the face of it automatically became the property of the Crown.


Notwithstanding that neither the Crown nor the bank had evinced any wish to make a claim to the money, the Court had no power to order its payment to the trustee. The unsatisfactory result, therefore, was that the money was likely to languish in the court funds office, into which it had been paid, for an indefinite period.