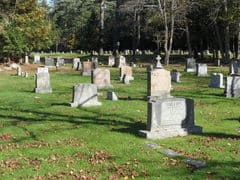 Appointing loved ones as executors of your will may seem the natural thing to do, but there are very good reasons why it is often wiser to employ professionals. A case on point concerned two sisters who fell out bitterly after one of them arranged their father’s burial in the back garden of his home.

The father left his estate equally to his daughters and appointed both of them as his executors. Following his death, aged 80, the older sister and her son buried him in his garden with due dignity. The younger sister objected that this had been done without consulting her and that her sibling had refused to inform her of the exact location of the grave.

The unusual circumstances of the burial contributed to a deterioration in the sisters’ relationship. Although it was eventually agreed that their father should be exhumed and laid to rest in a churchyard beside his wife, the siblings continued to disagree as to how that should be achieved. They also failed to see eye-to-eye in respect of the administration of the estate and, in particular, the sale of their father’s home.

After the younger sister launched proceedings, the High Court found that her older sibling had misconducted herself in her role as executor. It was expedient and necessary to remove her from that office. Given the strength of bad feeling between the siblings, the Court also directed the younger sister’s removal and the siblings’ replacement as executors by two independent and experienced lawyers.