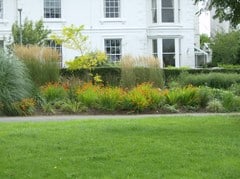 Elderly homeowners are often tempted to transfer their properties to loved ones in the hope of saving Inheritance Tax (IHT) or avoiding care home bills. However, as any good lawyer will tell you, and as a High Court case clearly showed, the wisdom of such a course depends on continued good relations and is far from risk free.

The case concerned a man in his 60s who had transferred his home of many years to his son. After their relationship broke down, however, he changed his mind and launched proceedings with a view to setting aside the transfer, on the basis that his son could be presumed to have exerted undue influence over him.

For his part, the son argued that his father had given him the property of his own free will. The transfer, he argued, was part of a broader plan to enable his father to move to a seaside location. He had also been anxious to minimise IHT, to ensure that no part of his property went to his partner’s children by a previous relationship, and to avoid any risk that his home might be sold by the local authority to fund any residential care he might need in the future.

In ruling on the matter, the Court found that the father had intended that the transfer of paper title to his home would be no more than nominal. There was no evidence that the son had exerted any actual pressure on him. However, as a vulnerable individual, the father had reposed complete trust and confidence in his son and a presumption that his son had subjected him to undue influence therefore arose.

That presumption was not rebutted by the fact that the father had taken legal advice before signing the transfer. He had at the time been an enthusiastic participant in the transaction. However, it was potentially very damaging to his interests and the solicitor who advised him had been misled by the son into believing that the property was empty. In the circumstances, the transfer was set aside and the property returned to the father’s ownership.