Keeping farming businesses intact through the generations can be difficult and that is why professional estate planning advice is always necessary. The point was illustrated by a case in which the Court of Appeal sought to bestow peace on a mother and son who had fallen out bitterly over the future of the £10 million family farm. 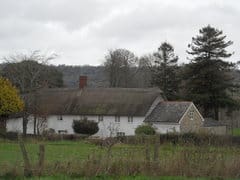 The son had worked hard on the farm from an early age in the expectation that he would inherit it on his parents’ death. He had already acquired half of the business from his uncle. However, he launched proceedings after his parents changed their wills, leaving their half of the farm to their daughter.

In awarding the son the whole of the farm, a judge found that the wills were trumped by binding assurances that the father had given him that the farm would one day be his. The judge directed that the mother could remain living in the farmhouse for as long as she wished. Her son was also ordered to pay her £200 a week to live on and to cover the costs of any care his parents might need.

The mother challenged that ruling on behalf of her husband, who played no part in the litigation because he suffered from advanced Alzheimer’s disease, was resident in a care home and lacked the mental capacity to make decisions for himself.

In upholding her appeal in part, the Court noted that the rift between mother and son was long-standing and apparently permanent. The law could not compel people who have fallen out to live peaceably together and a clean break between them was the only practical solution.

The judge’s order required the mother to live cheek by jowl with the son and an income of £200 a week was clearly insufficient recognition of her role as family matriarch and her long and happy marriage. She had been locked into a continuing financial relationship with her estranged son and, if her husband had had capacity, he would have wished her to be independently provided for.

In the circumstances, the Court indicated that the mother should receive a lump sum of between £1 million and £2 million to enable her to move further away from her son and to provide her with an independent income. The precise amount of the payment to be made to her would be assessed at a further hearing, but the son was in the interim ordered to pay her an income of £300 a week.