Farmers tend to resist residential developments close to their land due to concerns that new residents may complain about the noise or smells that agriculture inevitably generates. However, in a High Court case on point, a farmer failed to block plans for a residential barn conversion 30 metres from his cattle shed. 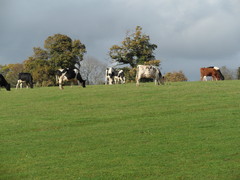 The farmer had objected to the barn owner’s planning application because he was anxious that he would be exposed to complaints of noise nuisance. That, he said, could result in the local authority issuing a noise abatement notice, restricting his agricultural activities. Planning permission was nevertheless granted on condition that the barn owner install acoustic fencing that was sufficiently soundproof to ensure that new residents would not suffer unacceptable disturbance.

The farmer’s judicial review challenge to the permission was subsequently rejected by a judge, but he launched fresh proceedings after the council lifted the planning condition. It did so after the barn owner said that he would install a fence recommended by an independent acoustic expert.

In challenging the decision, the farmer’s lawyers pointed out that the fence would not render noise from the farm inaudible. It was submitted that the farmer would still face potential noise nuisance complaints and that the proposed fence would not have been compliant with the condition had it remained in place.

In rejecting those arguments, however, the Court noted that the issue as to what would or would not be an unacceptable disturbance could not be approached in purely mechanistic or numerical terms. An environmental health officer had taken noise levels into account when making an informed assessment of the effectiveness of the fence and there was no legal flaw in the council’s decision.