Letting Out Property Without A Formal Tenancy Agreement Invites Trouble 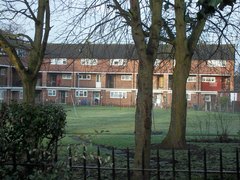 Letting property to tenants on a handshake, without professional advice, is a recipe for trouble. That was certainly so in one High Court case, in which the absence of a professionally drafted tenancy agreement led to doubts as to whether the landlords or the tenants were obliged to keep the property in good repair.

A couple had lived in the property for over 20 years without ever having had a written tenancy agreement. After their landlords took possession proceedings in respect of unpaid rent, the couple pointed to the property’s state of grave disrepair. They said it was the landlords’ responsibility to maintain the premises in a fit state.


A possession order was, however, granted by a judge after the landlords argued that it had been verbally agreed that the tenants would be responsible for repairs. The landlords said they had let the property at far below the market rent on that basis. The tenants were also ordered to pay more than £4,000 in rent arrears.


In ruling on the tenants’ challenge to that decision, the Court noted that the evidence fell short of clarifying who was to be responsible for repairs. However, it had been conclusively established in previous proceedings that the couple were joint tenants of the property and that it was let under an assured monthly periodic tenancy.


In those circumstances, it was more than arguable that Section 11 of the Landlord and Tenant Act 1985 applied, and that a covenant requiring the landlords to keep the property in good repair was therefore implied into the lease. Overturning the possession order, the Court found that the couple had a strongly arguable counterclaim against the landlords in respect of the property’s disrepair.