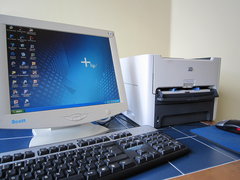 Fortunes are built on ideas, but they have to be truly inventive to qualify for patent protection. In an instructive High Court case, however, that test was passed by a novel method of protecting computers from the modern scourge of malware.

Prior to the relevant patent’s registration in 2005, most anti-virus software worked by scanning incoming emails for malware and blocking suspicious code or data. Such software could, however, only protect against known threats so that new forms of malware could not be detected until the software’s database was updated.


The patent, which was registered by a provider of anti-malware software, claimed to represent an entirely different approach to virus protection. Rather than looking for known viruses, the idea was to break down each incoming email, extract its content and regenerate it in a safe form. That process took place regardless of whether any malware was detected. Emails would pass through a threat filter, exempting emails from the regeneration process if the sender and file type appeared on a pre-approved white list.


In rejecting a rival software provider’s challenge to the patent’s validity, the Court found that the concept it described involved an inventive step that would not have been obvious to those skilled in the anti-malware field. The Court rejected arguments that the approach described was not novel, having been presaged by a US patent and on an Internet bulletin board prior to registration.


Intellectual Property, IT, Internet and Media