Dismissal without a Right of Appeal Is Almost Always Unfair 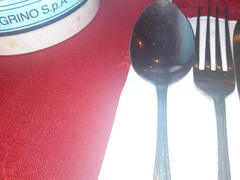 It is very nearly always unfair to dismiss employees without affording them a right of appeal. The Employment Appeal Tribunal (EAT) made that point in the case of a pizza restaurant employee who was sacked in the mistaken belief that his right to work in the UK had expired.

The competent, capable and well-regarded worker was doing well in his job, having risen from delivery driver to trainee manager, and had time-limited leave to work in Britain. On the evening of the day on which that leave was to expire, he emailed his line manager, attaching documents that proved that he had applied for an extension. The manager, however, could not open the attachments.


Fearing that his employer would be at risk of incurring a substantial civil or criminal penalty for employing someone who had no right to work in the UK, the manager summarily dismissed the worker, who was granted no right of appeal. The worker’s unfair dismissal complaint was, however, rejected by an Employment Tribunal (ET) on the basis that his dismissal was inevitable and that there was thus nothing to appeal against.


In upholding the worker’s challenge to that ruling, the EAT noted that he had in fact been entitled to work in Britain throughout. That was because he was married to an EU national and, having lived in the UK for five years, he was entitled to seek permanent residency. His application for an extension of his work permit had been made in time and he was entitled to work whilst it was under consideration.


The EAT accepted that the employer was justified in dismissing the worker urgently as he had not provided it with evidence of his entitlement to work in Britain before the deadline. The manager had a genuine belief that his employment was prohibited by law. However, had there been an appeal, it would have emerged that that belief was wrong and the worker could then easily have been reinstated.


In sending the case back for fresh consideration by the same ET, the EAT noted that expiry of limited leave to remain, or work, is often an anxious time for both employers and employees. Provision of an appeal process in such cases is good practice, affording an opportunity for matters to be looked at again, more calmly, and to avoid workers being left with a real sense of injustice.