Self-employed or worker? There can hardly be a more burning issue in employment law and, in upholding a plumber’s claim that he fell into the latter category, the Supreme Court has imposed vital restraints on the so called ‘gig economy’. 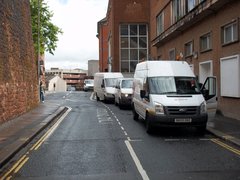 The man was one of a bank of plumbers that provided their services to a company under written agreements. He was free to reject the company’s offers of work and to accept outside work if he so wished. He took some of the financial risk of the work he performed and the jobs he carried out were not directly supervised by the company. If he did not wish to undertake a particular job, he was entitled to substitute another worker from the bank to perform the task (the right to substitute).

After his services were dispensed with by the company, an Employment Tribunal (ET) declined jurisdiction to hear his unfair dismissal complaint on the basis that he was not an employee. However, the ET found that, rather than being self-employed as the company claimed, he was a worker within the meaning of Section 230(3) of the Employment Rights Act 1996, Regulation 2(1) of the Working Time Regulations 1998 and Section 83(2) of the Equality Act 2010.

The ET found that he was thus entitled to proceed with claims that unlawful deductions had been made from his wages, that he had been unlawfully denied holiday pay and that he had suffered disability discrimination. The ET’s ruling was subsequently upheld by the Employment Appeal Tribunal and the Court of Appeal.

In dismissing the company’s appeal against the latter ruling, the Supreme Court noted that the right of substitution was limited by the fact that the man had to choose another plumber from the company’s bank to replace him. Although the terms of his written agreement with the company were somewhat confusing, it was clear that its dominant feature was his obligation to personally perform services.

Also rejecting arguments that the company could be regarded as the man’s client or customer, the Court noted that the contract cast certain obligations upon him even when he was not on an assignment. The company retained tight control over his attire and the administrative aspects of any job he performed. The contract also dictated severe terms as to when, and how much, he was to be paid and imposed a number of covenants restricting his working activities post termination.