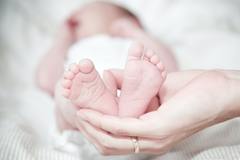 Victims of clinical negligence, many of them highly vulnerable or very young, often show extraordinary courage in conquering their disabilities. That was certainly so in the case of a remarkable 11-year-old girl who received an NHS compensation package worth over £16 million following a negligent delay in her delivery.

The girl suffers from quadriplegic cerebral palsy, but has not let that get in the way of her leading a full and active life. Thanks to her parents’ selfless support, she has enjoyed numerous sporting achievements and is in later life expected to attain a high level of independence.

After a claim was commenced on her behalf, the NHS trust which ran the hospital where she was born admitted that there had been an unacceptable delay in her delivery. There was a dispute over whether that breach of duty caused her lifelong disabilities but, following negotiations, the trust agreed to pay compensation equivalent to 80 per cent of the full value of her claim.

Together with a lump sum of £7,150,000, the trust agreed to make annual, index-linked payments to cover the costs of her care for life. The overall capitalised value of the settlement was £16.79 million. A judge had no hesitation in approving the settlement and said that he could not leave the case without paying tribute to a remarkable young lady of great ability, potential and courage.