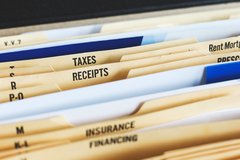 Delaying payment of your quarterly VAT bills is no way to relieve pressure on your cash flow and usually results in heavy financial penalties. However, as a First-tier Tribunal (FTT) ruling showed, there is such a thing as a reasonable excuse for late payment.

A company which missed payment deadlines in six VAT periods received default surcharges totalling over £115,000. It explained that the defaults were inadvertent, having arisen from the dishonesty of its former finance director, but the penalties were maintained by HM Revenue and Customs (HMRC).

In upholding the company’s challenge to that decision, the FTT ruled that it had a reasonable excuse for its tardiness. It accepted, on the balance of probabilities, that the finance director had sought to manipulate its accounts and dishonestly mislead the company’s other directors.

It was unlikely that the finance director, who resigned two days before the company’s books were due to be audited, acted for personal gain. His probable motive was to maintain the company’s financial stability. No criminal proceedings had been brought against him, although the company was suing him for alleged breach of contract.

The FTT noted that the company’s principal director personally reviewed its VAT returns prior to submission to check their accuracy. He exercised due diligence in supervising the finance director and was not required physically to watch him press the send button on his computer. Once the company became aware of the defaults, its tax position was swiftly regularised. The penalties were overturned.