Those who allow themselves to be driven in unlawfully taken vehicles put their lives in jeopardy and are unlikely to be covered by insurance in the event of a crash. A guideline High Court case on this issue concerned a young car owner who faced a familiar dilemma after a night out drinking with friends. 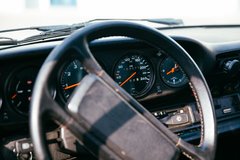 In the early hours of the morning, he got into the front passenger seat of his car and one of his friends, who was not insured to drive the vehicle, got behind the wheel. No doubt fuelled by alcohol, the friend drove too fast and the car rolled over several times after hitting a trunk road’s central reservation. The owner suffered a severe traumatic brain injury.

A compensation claim against the uninsured driver was brought on his behalf. A claim was also launched against the owner’s motor insurers on the basis that, by virtue of Section 51 of the Road Traffic Act 1988, they were liable to satisfy any judgment that might be obtained against the driver.

The insurers, however, applied to strike out the claim on the basis that any liability on their part was excluded by Section 151(4) of the Act. That provision states that insurers will not bear liability to compensate those who allow themselves to be carried in vehicles which they know, or have reason to believe, have been stolen or unlawfully taken.

The owner denied having given his car keys to the driver, claiming that the latter took them from his pocket. He said that he was too drunk to stop his friend driving. The insurers accepted that his friend took the keys without his permission. On that basis, however, they argued that the car had been unlawfully taken and that the owner, by getting into the passenger seat, had allowed himself to be driven.

Rejecting the insurers’ application, the Court found it arguable that the car was only ‘taken’ at the moment when the friend voluntarily put it into motion. Thereafter it was common ground that the owner had no reasonable opportunity to get out of the car before it crashed. It was also arguable that the owner was throughout an unwilling passenger and had therefore not ‘allowed’ himself to be driven. The Court’s ruling opened the way for a full trial of the owner’s claim.