Employment – How Should Justice Be Done to Litigants in Person?

Those who pursue employment complaints without legal representation start off at a great disadvantage, but tribunals will generally bend over backwards to ensure that they receive a fair hearing. A Court of Appeal ruling, however, underlined the serious challenge that doing justice in such cases can present. 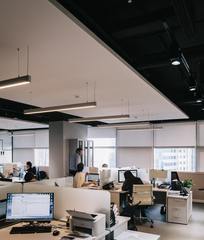 An administrator had, in her own words, ‘walked out’ of her job on the basis that her boss’s humiliating treatment of her had rendered her position intolerable. On reading her subsequent complaint to an Employment Tribunal (ET), it would have been apparent to an employment lawyer that she had probably resigned and that her claim, in legal terms, was likely to be one of constructive unfair dismissal.

At a case management hearing, however, the woman, who was representing herself without legal advice, insisted that she had been actually dismissed. She said that she had not intended to resign and had not done so. The list of issues that was sent forward for determination by the ET thus did not include a claim of constructive unfair dismissal. Her claim of ordinary unfair dismissal failed. That conclusion was subsequently upheld by the Employment Appeal Tribunal (EAT).

In allowing her appeal against that outcome, the Court noted that, where litigants appear in person, it is good practice for ETs to consider whether the list of issues placed before them properly reflects the real issues in dispute. Amending such a list in the interests of justice would not amount to an impermissible descent into the arena.

The material placed before the ET indicated that it was in truth far more likely than not that the woman had resigned and that the real issue between the parties was, or should have been, why she did so. Although the ET had asked both sides to confirm the list of issues at the start of the hearing, that was not enough to ensure that justice was done.

The list of issues should have been amended so as to enable the ET to consider claims of ordinary and constructive unfair dismissal as alternatives. The woman’s case was sent back to the ET for consideration of the question of whether she had resigned in circumstances in which she was entitled to terminate her contract without notice by reason of her employer’s conduct.