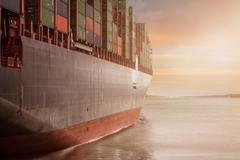 No one would doubt that a hole in a ship’s hull or some other structural defect might render her unseaworthy – but the Court of Appeal has ruled in an important test case that flaws in a container ship’s working chart and passage plan, which led her to run aground off a Chinese port, also had that effect.

The ship was laden with 6,000 containers when she ran aground. Her owners launched proceedings seeking a contribution to the loss from cargo interests. Their claim was, however, dismissed by a judge on the basis that they had failed in their duty to exercise due diligence to ensure her seaworthiness.

That was on the basis that her chart and her passage plan, which was prepared by her second officer, failed to record a warning which had been issued to mariners that certain depths shown on the chart were inaccurate. The judge found that those defects were causative of her grounding and rendered the ship unseaworthy.

In dismissing the owners’ challenge to that decision, the Court rejected as fallacious the proposition that acts of navigation, involving the exercise of judgment and seamanship, cannot constitute unseaworthiness. It had been established by previous cases that a vessel may be rendered unseaworthy by negligence in her navigation or management. The omission of the warning from the working chart was an attribute of the vessel which meant that it was not safe for her to proceed to sea.

The passage plan, an essential document that vessels must carry at the start of a voyage, was also defective due to the absence of the warning. Arguments that a failure of navigation by a ship’s master or officers falls outside the orbit of a shipowner’s responsibility also failed. The owners’ duty to exercise due diligence to ensure the vessel’s seaworthiness could not be delegated.