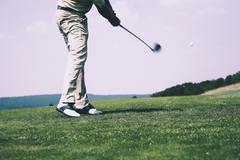 Club members who abide by the rules and pay their subscriptions have contractual rights and the courts are more than capable of enforcing them. In a striking case on point, a judge came to the aid of a man whose cherished membership of a prestigious golf club was cancelled irrationally and in bad faith.

After the man launched proceedings, the judge found that that conclusion was simply wrong. The evidence established that his real home was in Sydney and that he had never settled permanently in the UK. He was thus entitled to overseas membership under the club’s rules.

Noting that the man had been given no notice of the crucial committee meeting, the judge found that he had deserved better. It was very difficult not to accept that personal dislike, and a perception that he was not the type of person that the club wished to have as a member, had played a part in the committee’s fundamentally flawed decision. Having been taken in bad faith, for an improper purpose, the decision was one that no rational decision-maker could have reached.

There was no dispute that the man’s membership of the club gave rise to a binding contractual relationship and, notwithstanding the breakdown in trust and confidence between him and certain other members, the judge issued an injunction requiring his reinstatement. He was also awarded £250 in damages to reflect the embarrassment he suffered.