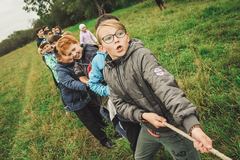 Discerning whether particular services are exempt from VAT is far from easy and, on the basis that it is better to be safe than sorry, it makes sense to take professional advice on the issue. A company that provides holiday camps for children during school vacations won the right to a six-figure rebate after doing just that.

Children who attended the camps were encouraged to take part in sports and other activities. However, the company argued that the main purpose of the camps was to promote the children’s welfare by caring for them in a protective environment, such services being exempt from VAT. HM Revenue and Customs, however, rejected the company’s claim for a £229,388 rebate in respect of four years’ trading.

In upholding the company’s challenge to that decision, the First-tier Tribunal (FTT) noted that staff employed to supervise children during the camps were qualified as child carers, not as sports coaches or teachers. From the point of view of parents who sent their children on the camps, their predominant purpose was the provision of childcare, rather than activities.

Pointing to increasing concerns about childhood obesity, the FTT found that the camps’ inclusion of activities which keep children stimulated and healthy meant that they were, if anything, more deserving of the VAT exemption than forms of childcare in which youngsters are left to watch television or entertain themselves. The FTT’s ruling means that the company is entitled to be paid the rebate in full.