Denied a Chance of Winning a Public Contract? Consult a Solicitor Today!

If you feel you have unfairly been deprived of a chance to win a public contract, you should consult a solicitor without delay. In a case on point, an NHS trust paid the price for sitting on its hands after losing a £2.88 million local authority contract to provide sexual health and reproductive services. 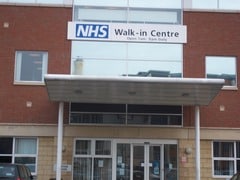 The trust was the incumbent provider and said that the cost of fulfilling its contractual obligations was £3 million, resulting in an annual loss of about £120,000. It objected when the local authority put out to tender a contract for the provision of sexual health and contraception services in its area, setting a financial cap on bids of £2.5 million.

The trust refused to put in a bid, complaining that the relevant services could not be provided at such a low price without a deterioration in quality in terms of patient safety and clinical effectiveness. The tendering exercise nevertheless went ahead and the contract was awarded to a private sector provider.

In challenging that outcome, the trust argued that the local authority had breached its duties under the Public Contracts Regulations 2015. The whole basis of the tendering process put patients at risk and was said to amount to a manifest error in violation of principles of good administration, proportionality and transparency.

In striking out those claims, however, the Court found that the trust had failed to lodge proceedings within the 30-day time limit specified by the Regulations. Time had begun to run when tendering documents were provided to and accessed by the trust but it had thereafter delayed almost three months before launching its challenge. The Court could detect no good reason for extending the time limit.