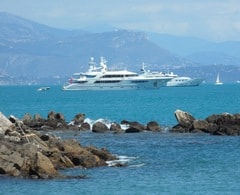 Requests for commercial loans are often accompanied by extravagant assurances of high returns and minimal risks – but they should never be entered into without first taking expert advice. In a case on point, an experienced businessman reaped a bitter harvest after lending over $1.5 million to a luxury yacht building venture.

The businessman, who was the founder and chairman a large and thriving company, was living in Monaco for tax reasons at the relevant time. He had a passion for boats and was persuaded to make the loan to companies (the borrowers) which were engaged in developing yachts with a novel, eco-friendly propulsion system.

He was informed that the borrowers’ business was booming, yachts having been pre-ordered, but that they urgently needed a short-term cash injection. He was offered various forms of security, together with an option to buy two yachts at cost price, and was assured that his loan would be repaid within six months.

However, no part of the loan was ever repaid. None of the security he had been promised was forthcoming and almost every term of the loan agreement was either ignored or breached. After he launched proceedings, default judgments were obtained against the borrowers and their two beneficial owners for the amount of the loan, interest and damages. Enforcing those judgments had, however, proved extremely challenging.

In those circumstances, the businessman also took action against the inventor of the propulsion system and two companies with which he was connected. It was argued that one or more of them had stood behind the loan agreement as undisclosed principals and that the borrowers had acted as their agents in pursuit of an unlawful means conspiracy to extract the loan.

In dismissing that claim, however, the High Court found that the inventor had not been in league with the borrowers and had been taken in by the apparent glitz and glamour of the venture in just the same way as the businessman. Although the latter’s suspicions were understandable, the reality was that the two individuals who controlled the borrowers had duplicitously played both sides against the middle.

Expressing sympathy for the businessman, the Court noted that, for all his commercial acumen, he had found himself in the unfortunate position of having made a short-term loan on the strength of apparently credible assurances that it would be repaid in short order. He had acted in good faith, but the borrowers had turned out to be utterly untrustworthy.