All companies operate subject to the ‘directing mind and will’ of one or more humans, but they are nevertheless independent legal personalities. The Court of Appeal made that point in finding that an engineering company was rightly convicted of involvement in a corrupt conspiracy to obtain an overseas contract. 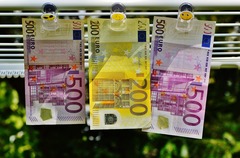 The prosecution case against the company, a UK subsidiary of a multinational group, was that it had, via a complicated series of sham transactions, paid over 2.3 million euros in bribes to foreign officials in order to obtain a lucrative contract for the supply of trains. It was convicted of conspiracy to corrupt, contrary to the Criminal Law Act 1977.

In challenging the conviction, the company pointed out that neither of the two directors who were said to have been its directing minds and wills were indicted as co-conspirators, not were they present to give oral evidence at the trial. It was argued that their absence meant that the company could not have a fair trial.

In ruling on the matter, the Court noted that, the charge of conspiracy necessarily involving more than one individual, the guilt of the company turned on the guilt of one or other of the directing minds and wills. In those circumstances, it would certainly have been preferable had one or both of them been present to give oral evidence.

The Court noted that upholding the company’s arguments would have wide and unfortunate ramifications. Amongst other things it would render prosecution of corporate conspirators all but impossible if their directing minds and wills had died or had conveniently absented themselves from criminal proceedings. There was no rule of law or practice that required the directing mind and will of a company to be indicted with the company or to be present to give evidence at the company’s trial. The company’s criticisms of the trial judge’s legal directions and summing up to the jury were also rejected.