Does a social landlord’s failure to have due regard to a nuisance tenant’s disabilities necessarily preclude their eviction? In a guideline decision concerning a flat frequented by antisocial drug dealers, the Court of Appeal answered that question emphatically in the negative. 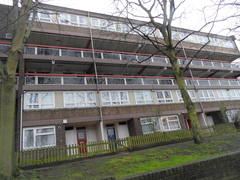 The flat’s tenant was disabled by severe back, hip and knee pain. His landlord had taken no medical advice prior to launching possession proceedings and there had been no assessment of his individual needs. The landlord acknowledged that it had thereby failed to comply with the public sector equality duty (PSED) enshrined in Section 149 of the Equality Act 2010.

In granting a possession order against the tenant, however, a judge rejected his plea that narcotics dealers who visited his flat had taken advantage of him as a vulnerable individual – a practice known as cuckooing. Notwithstanding the admitted breach of the PSED, his eviction was a proportionate means of achieving a legitimate aim. The tenant’s challenge to that ruling was subsequently dismissed by the High Court.

In rejecting the tenant’s appeal against the latter ruling, the Court of Appeal noted that seeking a possession order was the only viable option open to the landlord. On any view, the position of other tenants living in the same block, whose lives had been blighted by drug-dealing activities in the flat, was of great importance. In the circumstances, it was highly likely that even had the landlord complied in full with the PSED, it would have persisted in seeking a possession order.