Having Trouble Raising a Mortgage? Seek Advice and Don’t Be Hasty! 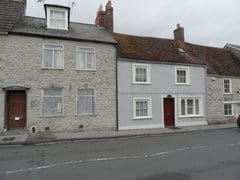 Raising mortgage finance to buy a home can be seriously challenging for those who do not enjoy high earnings or a perfect credit rating. However, the risks involved in overcoming that difficulty by putting someone else’s name on the title deeds were underlined by a decision of the First-tier Tribunal (FTT).

The case concerned a woman who held paper title to her home jointly with a former friend with whom she had lost touch. Several years after the property was purchased for £357,000, the friend became insolvent and his trustees in bankruptcy applied to register a restriction against her home, with a view to recovering his apparent half share in the property for the benefit of his creditors.

In resisting that application, the woman said that, due to her employment history and relatively low earnings, she had been unable to raise a large enough loan to finance the purchase. In those circumstances, she had invited her then creditworthy friend to join her on the title deeds and to lend his name to a mortgage application.

In ruling on the matter, the FTT accepted her account that she had not had any romantic or business involvement with the friend, who had never lived in the property. She had viewed the property alone; he had played no part in its acquisition, and she alone had paid interest instalments on the mortgage and all other outgoings associated with the property.

In those circumstances, the FTT found that she and the friend had expressly agreed that – despite the appearance of his name on the title deeds – he would have no interest in the property and she would be its sole beneficial owner. The Chief Land Registrar was directed to cancel the trustees’ application.