Helping friends in financial trouble is one thing, but assisting them to defraud their creditors is quite another. In a case on point, a woman who came to the dishonest aid of a businessman facing bankruptcy was herself hit hard in the pocket. 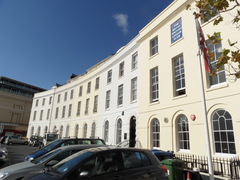 The woman was the sole director and shareholder of an entirely asset-free company to which the businessman, a long-standing friend, transferred a residential property for £550,000. She made no contribution to the purchase price and the transaction was funded by a number of loans, or purported loans, to the company. The transfer took place a few months before the businessman was adjudged bankrupt.

The property was for a time leased back to the businessman and his cohabitee, but was later sold for £899,000. Most of the money was paid to the lenders, or purported lenders, but £250,000 was remitted to the businessman’s trustee in bankruptcy in settlement of his claim that the original transaction had been at an undervalue.

When the company was later wound up, it had substantial unpaid debts, including more than £100,000 to HM Revenue and Customs. In those circumstances, the company’s liquidator launched proceedings against the woman, alleging fraudulent trading, misfeasance and breaches of her duties as a director.

In upholding the liquidator’s claim, however, the High Court found that the woman was a knowing party to an attempt to defraud the businessman’s creditors by putting the property and the proceeds of its sale beyond their reach. She was aware of his impending bankruptcy and, as an intelligent woman, her claimed lack of knowledge was wholly implausible.

She had also breached her duties as a director in failing to promote the success of the company, in distributing the proceeds of sale in a manner that led inevitably to insolvency and in failing to exercise her independent judgment, having ceded de facto control of the company to the businessman. The Court found the woman liable to pay equitable compensation to the company under Section 212 of the Insolvency Act 1986. The amount she would be required to pay would be assessed at a further hearing.