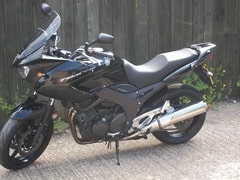 Road accidents that occur in the blink of an eye can have grave consequences for many years to come and that is why just compensation is so important. In a case on point, lawyers representing a young motorcycle courier who was struck down by a speeding driver negotiated a seven-figure settlement of his claim.

The man was in his early 20s when the car hit him from behind at a speed of up to 90mph. He has since endured a prolonged disorder of consciousness and was cared for in a specialist NHS unit. There was some debate as to whether he retained a minimal level of consciousness or was in a persistent vegetative state. Prior to her death, his mother had regularly visited his bedside in the hope that he would emerge, but medical experts were unanimous that that would not happen.

The driver’s insurers admitted primary liability for the accident, but asserted that the motorcyclist had himself been negligent in moving into the car’s path. There was also a dispute over the man’s life expectancy and his likely earnings but for the accident. Another thorny issue was the impact of his receipt of NHS care – which would cost £145,000 a year on a private basis – on the value of his claim.

The man’s lawyers, however, overcame all those difficulties in negotiating a £1.5 million settlement of his claim. The money will be used to maximise his level of comfort and to top up any shortfall in NHS care. In approving the settlement, the High Court praised the man’s mother and brother for the support they had given him.